Sometimes when I visit a wine region it all makes instant sense, the topography, the climate, the soils and the traditions. Virginia was not like that and I found it hard to get a real grip on the place. As it is so large and the conditions vary, there appears to be no single statewide solution to any grape growing problem and no one perfect grape variety. What is more we are so used to being able to dismiss vintage variation on anything but the finest wines nowadays, that it is a shock to find a region where no two years are the same and where there is no such thing as an average year – vintage is crucial to Virginia.

In so many ways Virginia is the heart of the United States of America. It contains the original English Colony of Jamestown which was founded in 1607 – as well as the Lost Colony of Roanoke which was there from 1585-1587.

Virginia was the site of America’s first experiment with representative democracy when the House of Burgesses was established in Jamestown in 1619. Many of the greatest characters and thinkers of the American Revolution were from here; George Washington, Thomas Jefferson, Patrick Henry, James Monroe, James Madison. Seven signatories of the Declaration of Independence were Virginian, as was Robert E. Lee. Unsurprisingly the area around Washington and Richmond is littered with Revolutionary and Civil War battlefields. END_OF_DOCUMENT_TOKEN_TO_BE_REPLACED

My lack of enthusiasm for haute cuisine and gastro-temples has been mentioned here before. I have even written about my penchant for diners and greasy spoons. Well I have yet another guilty pleasure when it comes to food.

I have a real affection for an American chain of restaurants called Cracker Barrel. You will find 590 of them next to major highways in almost the whole country, except the West Coast, Alaska and Hawaii. They are the American equivalent of Little Chef – indeed originally they sold petrol too, yet I find them strangely exciting, exotic even. If you have not visited one I would highly recommend the experience.

Firstly they do not claim to be restaurants, but ‘Old Country Stores’ and that sorts of sets the tone. The first thing you encounter is a display of white New England-style rocking chairs on the front porch. Customers can try them out or buy them – $129 in August 2010. END_OF_DOCUMENT_TOKEN_TO_BE_REPLACED 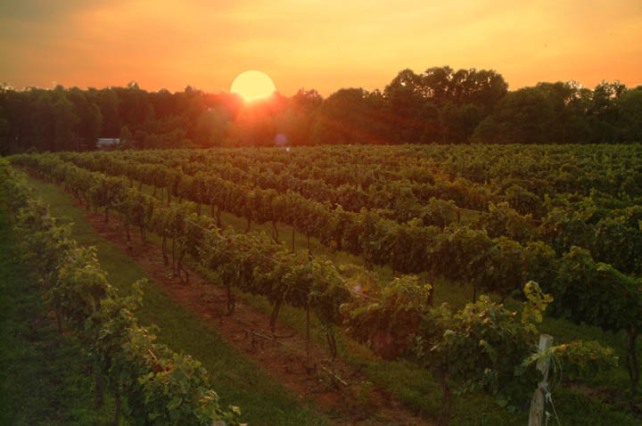 I really do seem to have become a bit obsessed about American wine of late, but then they are very interesting and can be exceedingly good and I really enjoy visiting the country. Quite a while ago I wrote a couple of pieces about wines from the Commonwealth of Virginia.

Well, I had never tried them before and became pretty excited about them and now I am about to set off to see the wine growing areas of Virginia for myself. I am really looking forward to learning about them properly and being able to report back on anything interesting and exciting. END_OF_DOCUMENT_TOKEN_TO_BE_REPLACED