In my quest to tell you about some great wine books this Christmas I am currently reading the third edition of Port and the Douro by Richard Mayson. What better subject is there to read about at Christmas? 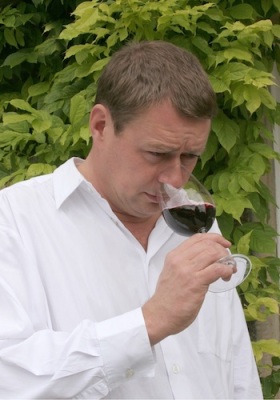 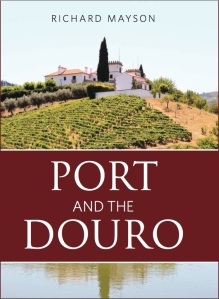 Port and the Douro
by Richard Mayson
with illustrations by Leo Duff
Published by Infinite Ideas at £30.00
Also available from Amazon.com as well as Amazon.co.uk and Waterstones in the UK at around £27.00.

It is a sadness to me that I do not drink very much Port as I am very fond of the stuff and find it fascinating. I also regret the fact that as yet I still have not visited the Douro, although I hope to put that right very soon. In the meantime I will have to experience the region through Richard Mayson’s eyes and writing.

Luckily I am in capable hands. Richard clearly knows his subject and writes well in an authoritative and almost learned style.

Much to my surprise I greatly enjoyed the first section which gives a general history of Portugal as it relates to Port and the Douro, her wars, politics, culture and gastronomy – my only quibble would be the reference to Oliver Cromwell as a ‘Puritan’, which he certainly was not – but that aside I had learnt a great deal of interesting stuff by page 6.

Given the seeming long history of Port drinking and how closely it is associated with the British in our minds, I found it fascinating that Baltic and Hanseatic merchants actually got the trade going before we Brits arrived – even the Scots beat the English to it in the years before the Union.

I was also astonished by the fact that Port was a dry wine until well into the Eighteenth Century and had the English nickname of ‘black-strap‘. As this term is nowadays associated with molasses I had always understood it to be an archaic colloquial word for Royal Navy rum, but apparently it originally referred to Port.

The development of the wine bottle and of the style of Port we know today seem to go pretty much hand in hand and it seems that it was not really until the beginning of the Nineteenth Century that Port as we know it appeared on the scene. The first recorded use of a Port house name – Croft – as a brand did not occur until 1810 and the practice was not commonplace for another eighty years or so – so only around the time my grandfather was born.

After all this wonderful background Richard settles down to inform us about the geography and geology of the region together with sections that detail the grape varieties that they use. There are maps too and profiles of all the estates marked on them.

The chapter that deals with how Port is made is endlessly interesting – the throw away line about the return to the use of lagares in the the 1990s, after they had been pretty much unused since the mid 1970s, and what that has meant for quality I found very illuminating. Surely it can be no coincidence that this overlaps with something of a Port renaissance.

The chapter on Port Types – referring to the wines rather than the people –  is endlessly fascinating fleshing out details on types of wine that I thought I knew and detailing odd little facts on the classifications and all the styles from Tawny to Rosé and Colheita to Vintage by way of White Port and Moscatel do Douro.

Vintage Port enjoys such fame that it deserves and receives a chapter to itself with vintage details going back to 1844. There is also a directory of Port producers and shippers, which I for one will find invaluable.

Add in sections that deal with the Douro’s table wines of the region, the storage and service of Port and what the future may hold for this great wine region, then I think Richard has done the Port proud and may well have produced the definitive book on the subject.

I have only seen an E book version and not the real thing, so have not felt it or flicked through it as I normally would and therefore have no idea if the book is has that undefinable lovely, tactile and pleasurable feeling that a good book should, but I did like the contents very much.

It is an excellent and beautifully illustrated book that covers Port and the Douro in depth and detail. It’s not a light read, but a serious volume for people who are genuinely interested in the subject and those who need a reference book on this fascinating subject.