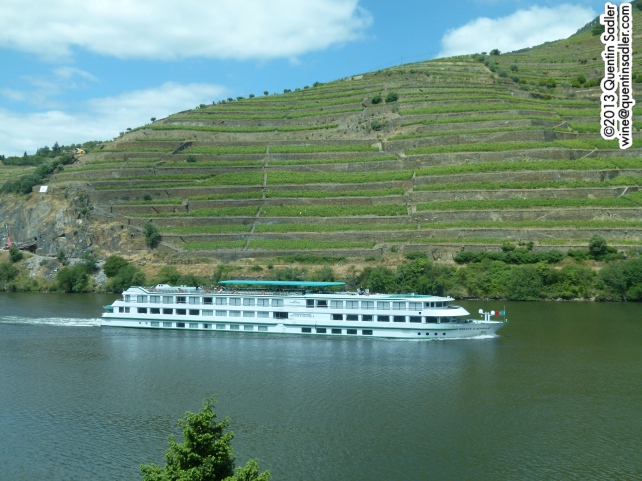 The beautiful terraced vineyards of the Douro Valley.

Portuguese wine is so underrated. The country is awash with wonderful wine regions, fabulous grape varieties and winemakers with real ability and passion. It troubles me that so few Portuguese wines are generally available in the UK, it suggests that there is very little demand and that is a shame.

However, for those of us who are open minded enough to enjoy them, the few Portuguese wines that are available are real stars and really reward the dedicated – try this great value gem here as an example. How they turn out such quality at that price amazes me.

Recently I tasted yet another great wine from the Douro – two in fact as I also tried the magnificent and beautifully mature Duas Quintas Reserva which is available from the Wine Society for £25 a bottle – and it reminded me how much I love the wines from this exciting region.

The Douro rises in Spain where it is known as the Duero River, it serves as the border between the two Iberian neighbours for quite a way, before heading West and cutting Portugal in half. In Portugal the rugged, hot, slate slopes produce the grapes for Port, but in recent years the region has become one of the most exciting for un-fortified wine too. Although mainly red, although there are some lovely whites as well – I wrote about the region’s development here. 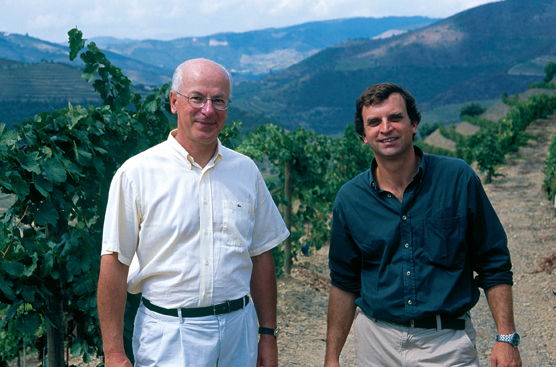 The wine I tasted was produced by Prats & Symington and it was so good that I decided to make it my Wine of the Week.

The Symington family are the pre-eminent growers in the Douro Valley and own many of the famous Port houses – Grahams, Dows, Cockburns – as well as the great Quintas – or wine estates – that produce their grapes. In 1998 they decided to get serious and ambitious about their non-fortified wines as well. To this end they went into partnership with Bruno Pats who is the former owner of Château Cos-d’Estournel in Saint-Estèphe (also click here) in the Médoc area of Bordeaux. Because the Douro is such a famous and old established wine region, it is amazing to realise that this only happened in 1998 – non-fortified wines are a newish thing here. I must also mention that the Symington family produces some brilliant table wines with no Prats involvement too, Quinta do Vesuvio is one of the very best red Douro wines that I have tasted – it’s available here -, while its second wine the Pombal do Vesuvio is nearly as fine. For stylish moire everyday drinking I am a huge fan of their Altano range – especially the superb Organic Quinta do Ataide and Quinta do Ataide Reserva.

The wine they produced was called Chryseia (US stockist here)- it means golden in Greek, just as Douro does in Portuguese – and it was made from Touriga Nacional and Touriga Franca grapes, grown at Quinta de Roriz and Quinta da Perdiz and it became an instant classic, highly prized and much in demand.

In 2002 they launched Post Scriptum, which while it is described as a partner, really acts as a second wine and uses a second selection of the fruit. I have tasted many vintages of it though and the wine is always first-rate. 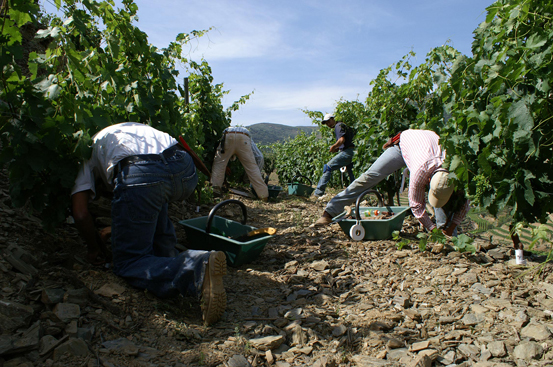 The vineyard, clearly showing the wonderful decayed slate, or schist soils – photo courtesy of the winery.

The 2012 is 53% Touriga Franca, 45% Touriga Nacional and a little dollop of other Douro grapes, most likely Tinto Roriz – which is Tempranillo. After a rigorous selection, the grapes undergo a cold fermentation and the finished wine is aged for 13 months in 400 litre French oak barrels.

As soon as you sniff it you can tell this is a rather special. There are rich black fruit notes, floral notes, spices, warm, rocky mineral notes and a light dusting of smoky tobacco.

The palate is full, but velvety smooth with the tannins giving just a touch of firmness. There is black cherry and black plum a plenty, together with liquorice and eucalyptus characters. It is concentrated and rich, but beautifully balanced with a lovely seem of fresh acidity and the wonderful salty minerality that is the hallmark of the Douro – 92/100 points.

This is a great value fine wine and a real treat. The quality is superb and it goes brilliantly with all sorts of food, especially stews, casseroles and roast meats – I had it with lamb and it was superb.

Available in the UK at £17.50 per bottle from The Wine Society.
The equally fine 2013 vintage is available from Tanners for £20.90 per bottle.
For US stockists, click here.