As some of you who read these pages regularly will be aware, I love Spanish wine. I think Spain is a great wine producing country that makes exciting wines in all styles. In truth I think Spain is underappreciated given the quality and value that it produces. It pains me that so many people still just think, if it’s Spanish it must be Rioja. Spain is so much more than just Rioja – great wine region though Rioja is and much as I love good Rioja wines.

I really enjoy introducing drinkers to new regions of Spain, as the wines always seem to go down well and it is always fun seeing someone taste and enjoy a wine for the first time – and often it isn’t only just a new wine, but new region and grape variety too!

Well the other day I showed a red that summed up exactly why I find Spain so exciting. It was a lovely, warming Winter wine that is so delicious to drink and such great value that I made it my Wine of the Week. 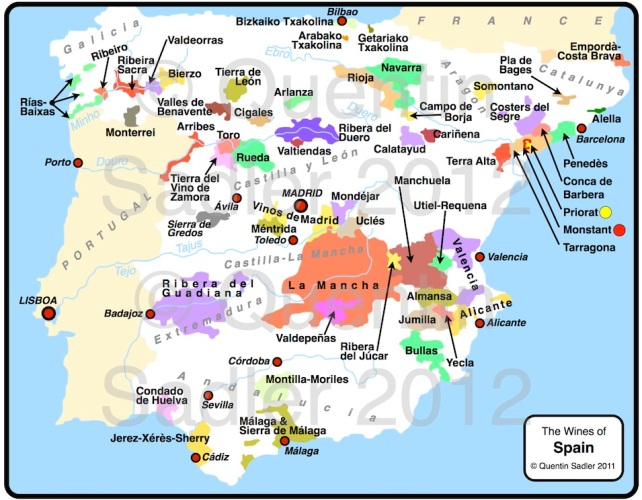 2008 Mas Delmera Monastrell Reserva
Bodegas Mas Delmera
D.O. Jumilla
Albacete, Spain
Historically the Spanish wines that became famous were all from the north where it is cooler and the conditions less wild. In the south the weather is so hot and the land so wild and rugged that in the past it was very hard to make good wine – the exception is Sherry of course which was fortified in order to preserve it. Other wines did not have the advantage of being fortified, so did not keep as well and were generally considered to be less fine than the wines from the north, especially Rioja. I well remember tasting a Jumilla red in the early 1970s, I was very young so my palate would not have been used to red wine at all, but it was foul. Even my father poured it away, and he drinks anything!

Jumilla is a hot region of southern Spain, midway between the city of Murcia and Albacete in Castilla-La Mancha – the wine region (Denominación de Origen / D.O.) straddles the border. In the past the wines tasted dirty and stewed, because the wineries were filthy places and bacteria got into the wine. It didn’t help that in this region of Spain they used to ferment in clay tinajas – these are often erroneously called amphorae and are making something of a comeback, especially in Chile and for natural wine. In Spain these were huge jars, usually buried in the ground and they were impossible to clean properly, so the bacteria in them would have made the wine unstable. The upshot of these problems, and many others, was that by the mid 1970s Jumilla was on its knees as a wine region, with only the locals drinking the wines. Clean, bright, fresh wine was freely available in Spain, usually from Rioja and Penedès – take a bow Miguel Torres, so consumers were put of the hot, brackish, stewed and often murky wine of Jumilla. In fact such were the region’s woes that it was only created as a D.O. in 1996, once the region’s potentially bright future had been glimpsed.

And what a bright future it is. Producers have worked so hard, replacing the aged tinajas with clean stainless steel tanks and making sure the wineries are so clean you could eat your dinner off the floor. The fermentations can now take place at low temperatures, so the wines are fresher and brighter and the clean winemaking ensures they stay vibrant and fruity too. What’s more the growers have worked hard too, by finding sheltered and high, cool places to plant the vines so that the grapes do not turn to raisins in the fierce sun. By doing this they turn the heat to their advantage. The place is so arid that the vines barely grow to any height above ground, but put down very deep roots below ground. This means the vine produces a tiny crop of concentrated, flavoursome grapes, so the finished wines are rich and full-flavoured. 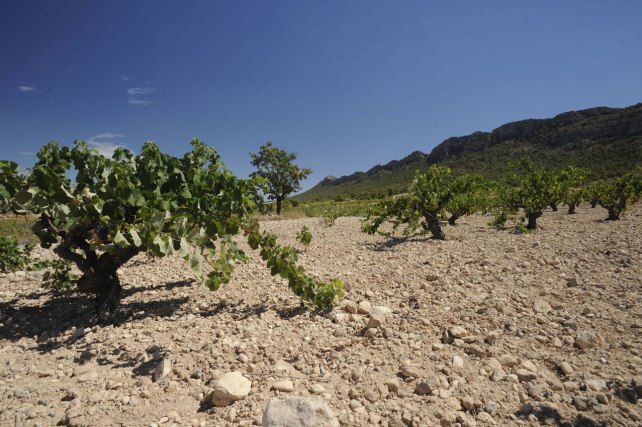 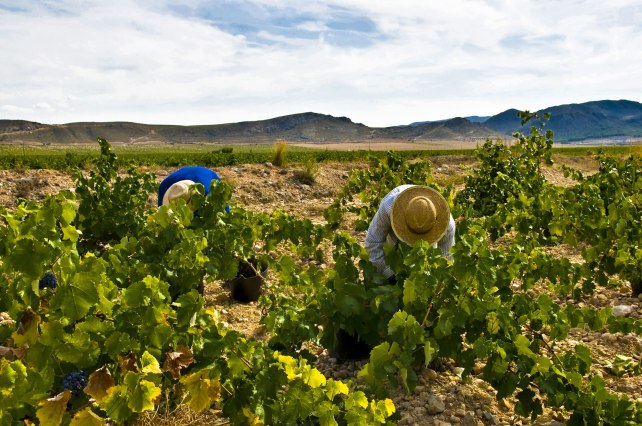 For me the key Jumilla producer is Bodegas Juan Gil who makes a dazzling range of wines with bright, vibrant fruit backed up by an elegant structure that makes them a real delight – do try some of them if you get the chance, UK stockist information is here, US here, but there are other producers too, as my Wine of the Week shows.

This wine is made by the wonderful Pamela Geddes, who is a Brit with long experience of making wine in Spain. The blend is 90% Monastrell, which the French call Mourvèdre and the Aussies call Mataro, and there is 10% Tempranillo too, which spends 3 months in oak just to firm up the wine and give it a bit more elegance.

The colour shows it age with a little garnet around the edge, but is mainly a dark, opaque ruby.
The nose betrays the heat of Jumilla, you can smell hot rocks, wild herbs and rich, ripe fruit; blackberry, blueberry, rich strawberry and some deep plum too. The palate is full-bodied and very smooth, with loads of fruit, it has some age now so it isn’t the bright fruit of youth, but the broader flavours of older wine, plums and prunes as well as blackberry. There is some earthiness and leather from the ageing too, as well as some caramel, mocha and espresso from the touch of oak. All in all a lovely crowd pleaser of a wine, smooth, full-flavoured, full-bodied and with some nice maturity on it too, grab it while you can – 87/100 points.

Available in the UK for £10.50 a bottle from Great Western Wine.

If you have never tasted a wine from Spain’s deep south, then this is a perfect place to start. You will really enjoy them if wines from the Rhône are your thing, or if you like Malbec, or Shiraz, or just good red wines. This delicious red wine would be perfect with roast lamb, a rich casserole or even a comforting shepherd’s pie or a burger. 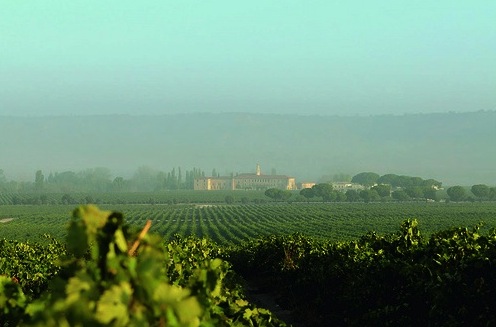 One man who passionately believes in the estate concept is Carlos Falcó Marqués de Griñón, whose Dominio de Valdepusa produces magnificent wines near Toldeo, in Spain. Carlos by his example and his passion has been able to help drive up the quality of Spanish wines in recent decades and is a prime mover in the development of the excellent wines coming out of Spain today – he really can be thought of as something of a Spanish Robert Mondavi. END_OF_DOCUMENT_TOKEN_TO_BE_REPLACED