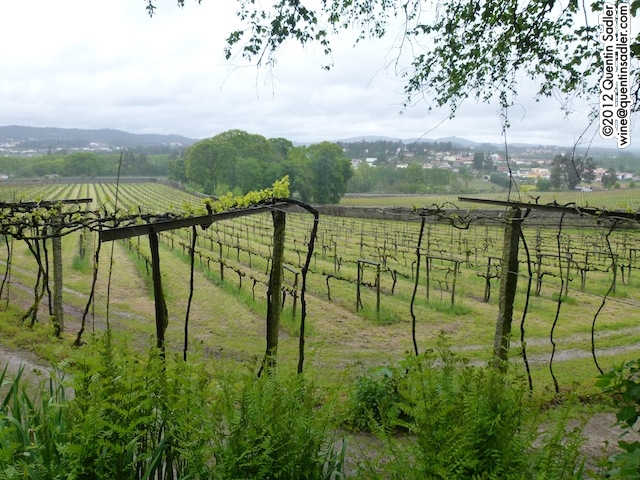 Some of the most famous wines and wine styles seem to stay in fashion for ever, others fall in and out of favour with consumers. Sometimes it seems really unfair that certain things have broad approval when others do not – I for one will never understand the Pinot Grigio craze, much as Westlife’s popularity puzzles me.

Along time ago amongst my first ever wine memories German wines, Beaujolais and Vinho Verde from Portugal were all considered excellent choices to serve your guests. Since then, in the late 1960s-early 1970s, they have lost a lot of popularity – indeed mere mention of German wine often produces the same sort of hilarity associated with photographs showing relatives in bell-bottomed trousers and safari suits. And while it is true that a choice few German wines and Beaujolais Crus have rekindled a sort of following, Vinho Verde has remained unloved by the majority of UK wine consumers.

Unfairly in my opinion as I have long thought there are some terrific wines being produced in Portugal’s Minho region where Vinho Verde wines come from, but until recently I had never seen the place for myself. Well I recently returned from the region and my liking for the wines has been reinforced by meeting a wider range of producers and seeing the myriad of styles that are available.

You see that is part of the problem for Vinho Verde, many people think they know what these wines are like and assume they do not like them – anymore. Traditionally and typically a basic Vinho Verde will be very light in alcohol – 10-11 % – very light bodied and fresh with a slight fizz or petillance to accentuate the freshness and very high acidity, which is often balanced by a little sweetness. All of which sounds very 1970s, but actually modern grape growing and winemaking can make this sort of wine much better than many people remember, very pleasurable and refreshing to drink.

There are many very affordable versions available, every supermarket has an own label version which will be perfectly enjoyable as long you buy the youngest vintage. However there are some more ambitious producers who lead the way and show what can be done with this apparently unassuming style.

Map of Vinho Verde – click for a larger view