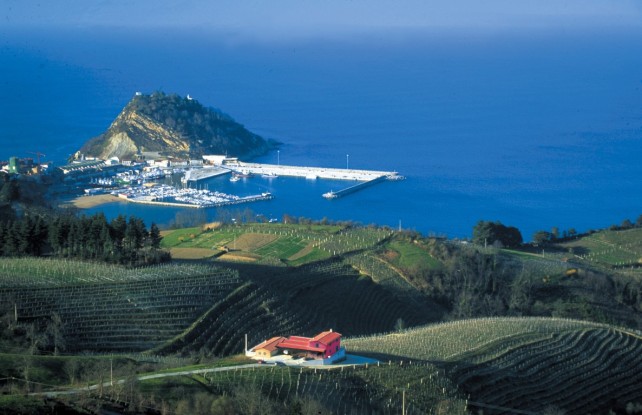 Ameztoi with Getaria in the background, photo courtesy of the winery.

I have just returned from a wonderful trip to Australia and New Zealand and will be telling you about some of my experiences over there in the future.

In the meantime, I have returned to some very warm weather and so sought out some lovely fresh white wine to enjoy with some seafood so that I could properly celebrate this last fling of summer.

The wine I found was a Txakoli – Chacolí in Castilian Spanish – which comes from the País Vasco, Spain’s Autonomous Basque Region. Txakoli is a wine style that I love and have written about before, but until recently it has been considered somewhat obscure. Well now it is becoming much better known and easier to find and I discovered that Marks & Spencer carry a rather a good one. In fact I liked it so much that I made it my Wine of the Week.

Wine map of Spain, see Getariako Txakolina on the Atlantic coast to the east of Bilbao – click for a larger view.

There are three Txakoli DOs, but, much as I like some other Txakoli wines – especially the great Itasas Mendi 7 from DO Bizkaiko Txakolina near Bilbao, try it if you can – UK stockists are here, US stockists here – I am especially drawn to the Getariako Txakolina that is grown on the wild coastline around the beautiful fishing village of Getaria 30km west of San Sebastian. Getaria is a wonderful place almost totally dedicated to hedonism, bars and restaurants line the streets. Much of the cooking is done outside, so the smell of grilling fish is a constant and guaranteed to make you hungry. In many ways it works to go there on your way to San Sebastian as it prepares you for the delights to come.

Fish being cooked in Getaria.

One of the great pintxo bars in Getaria, note the sea urchin and octopus.

If you are a hedonist and like food and wine, then San Sebastian – Donostia in Basque – is a place you must visit. It is teeming with bars and life, the best tapas in Spain – they call them pintxos – and loads of Michelin star restaurants too, if that is your thing.

Txakoli should really be poured from a great hight into a tumbler – get a Txakoli pourer if you can.

My Txakoli being poured in San Sebastian, note the green Txakoli pourer in the end of the bottle, it helps to aerate the wine and they also use them for cider in the Basque country.

For more detail on Txakoli, read the piece that I wrote for Catavino a few years ago, by clicking here.

This particular wine is very clever sourcing by M&S, because the producer, Amesguren, are actually the people who make Ameztoi, which along with Txakolin Gorria, is considered the best producer of Getariako Txakolina. So we know the provenance of this wine is good and this wine has a better label than Ameztoi!

This wine is made from the local Hondarrabi Zuri – I wonder why nobody grows that anywhere else? – and has a light natural fizz from the fermentation, which makes it taste really fresh.

And that is the secret with this stuff, keeping it fresh, light and zesty. The nose is floral and citric and has a touch of the seashore and something saline about it. Then it just dances across your palate, light, fresh, zingy, spritz and yet with waves of flavour, lots of light flavour. Green apples, grapefruit, nettles, lime, blackcurrant leaf are all there, but in a sort of sketched in way, rather than in a fully formed picture. Instead this wine wins with a thrilling mineral and crisp acid finish that just whets your appetite for more – more of this, some seafood and anything else. What’s more it only has 10.5% alcohol, so won’t addle too many brain cells either. 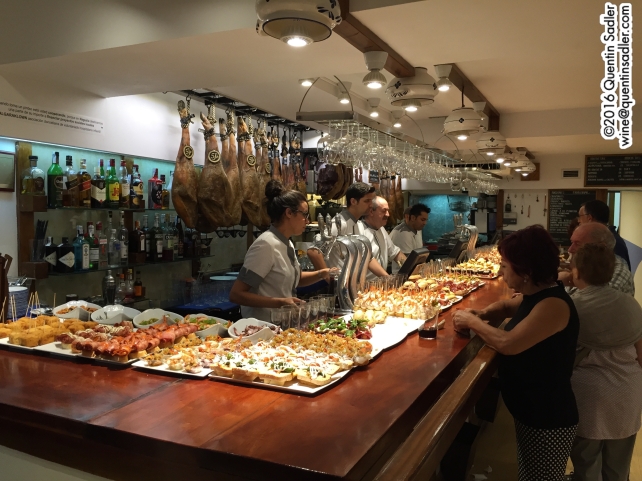 Try it with grilled prawns, scallops, oysters, sea bream, sea bass, sushi, a Chinese takeaway or on its own, anyway you have it, it’s a lovely wine – 89/100 points.

Available in the UK for £10 per bottle from Marks & Spencer – right now, September 2016 it is only £8 a bottle.
As far as I am aware, Alaia Txakoli is not available in the US, but Ameztoi is well distributed – for stockists click here. 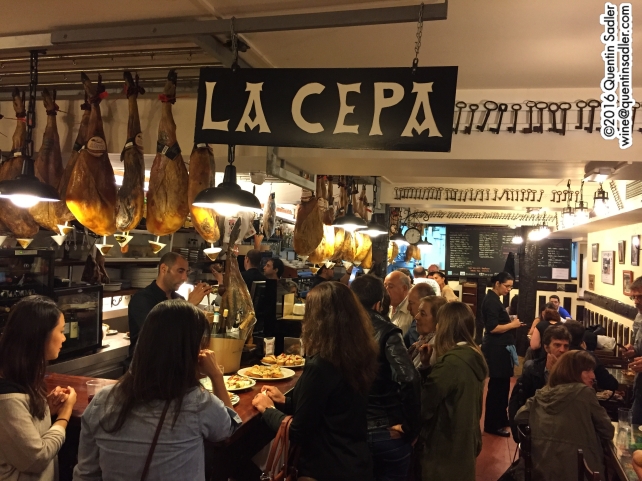