The weather has changed and Summer feels a long time ago now, but I thought you might well be interested in these wines that I was able to try when the weather was a little better.

I love trying new things, so I was thrilled to be able to taste some Welsh wines during the Summer. I suppose I knew there was some Welsh wine, Sweden can make it for heaven’s sake, and so Wales certainly can. However, tasting Welsh wines was a first for me and although they were not actually made from Riesling, but I can never resist a pun. I wish they did grow Riesling in Wales, how could a grower pass up the chance to label a wine as Welsh Riesling? 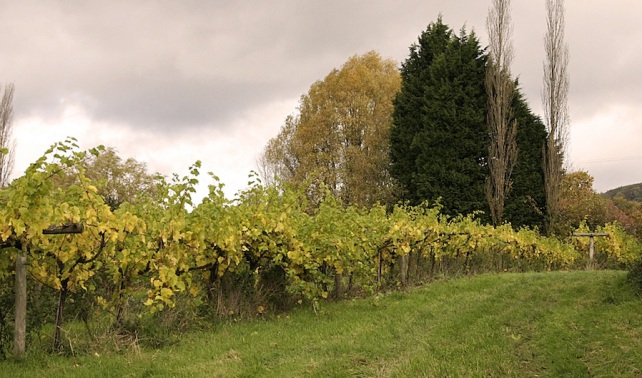 In fact I am pretty sure that Riesling is simply not hardy enough for the wet Welsh climate, so as in England the grapes they grow are mainly hybrids or crosses. A hybrid is produced when  Vitis Vinfera – the grape species that includes all the famous wine grapes – is crossed with other, tougher grape species that are native to North America and can therefore withstand more extremes of weather – Seyval Blanc is the hybrid most widely grown in the UK. A cross however is a grape whose parents are both Vitis Vinifera varieties, and can be bred to be particularly hardy and resistant to rot, which as you might imagine is very useful in wet places. 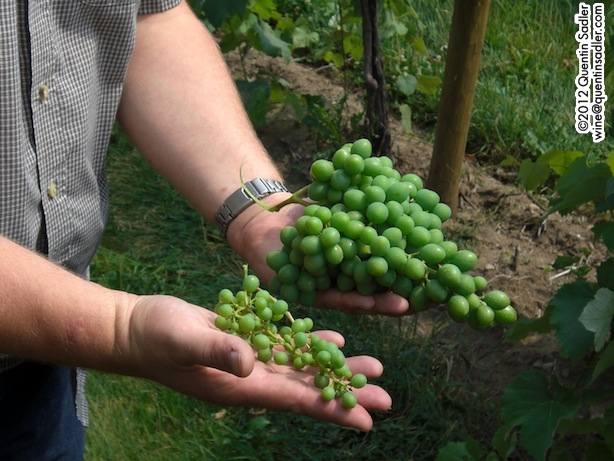 I always have high hopes of wines made in the UK as I so want the industry to thrive and in the past there have been many more misses than hits. Generally I think our sparkling and sweeter wines are more successful than our table wines, but I have tried some really good wines from the UK recently, so perhaps that is changing. I only tasted two Welsh wines, but if their fellow producers are anything like as good, then Wales is a place to watch.

As you might imagine, wine is not a massive industry in Wales, there are only 14 or so vineyards in the Principality and many of them are very small and often double up as B & Bs or restaurants and function venues, just as they do in many emerging wine regions around the world.

My first ever Welsh wine was a sparkling rosé:

This wine is bottle fermented, which means it is made sparkling by the traditional method as used in Champagne and it is a blend of two hybrids, Seyval Blanc and the deeply coloured Rondo grape.
The colour was very pale, almost a rose petal blush really.
The nose was also delicate with just the merest hunt of red fruit and a touch of crumbled biscuit.
The palate had a tiny touch of redcurrant sweetness that adds a tiny bit of weight to the fresh, clean light bodied high acid palate which delivered good length, yet was delicate and refined. This was a real delight, clearly very well made made and of good quality, it was nicely balanced making it feel elegant and was extremely refreshing – 91/100 points.

Around £18 a bottle in the UK from the winery or Waitrose Direct.

My second Welsh wine was a dry white: 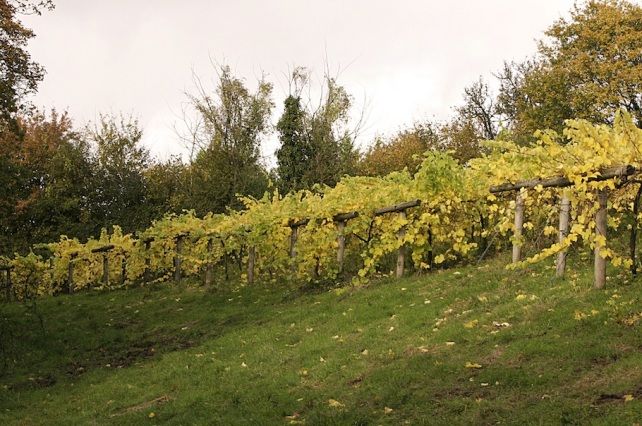 Monmow Valley is a three acre vineyard planted in 1979 on the steep northern (so south facing) slopes of the River Monmow. Madeleine Angevine is not the most commonly grown grape in the world, but it ripens early, so suits cool climates like the UK, and produces a big crop. It originated in the Loire Valley and was bred by crossing Madeleine Royale – a parent it shares with Müller-Thurgau – and Précoce de Malingre.

The colour was again very pale, with just a touch of lemony silver. The aromas were delicate with a touch of something floral about it with a twist of citrus and apple. The palate was light bodied and fresh and carries its bottle age very well, the characters are mainly of green tinged fruit of all sorts including apples and a crunch of pear. There are some herbaceous characters and minerality too and the acidity is high, but does not dominate the wine. I thought this was very good indeed, light, but very well balanced and reminded me a little of a good dry Riesling – Welsh Riesling at last! I enjoyed it with some stunning calamari in Cape Town, but it would be equally good with goats cheese and represents outstanding value for money – 90/100 points.

During the Summer I was again invited to be a judge at The Michelangelo Wine Awards in South Africa. My fellow judges came from all over the world and we were asked to each bring along a wine from our own country so that everyone could try some of the more unusual wines from around the world. I took this white wine along and it even impressed Jean-Christophe Bourgeois whose family estate, Domaine Henri Bourgeois, makes great white wines in the Loire Valley.

Around £7 a bottle in the UK from Waitrose Direct.

At first the idea of Welsh wine might seem a bit odd, but in the end of course it doesn’t matter where a wine comes from as long as it is good – and both these are. They might not be made from Riesling, but give them a try all the same, you won’t regret it.

One thought on “My Summer Wine Part 2 – Welsh Riesling?”